✈ Free worldwide shipping on all orders over $69

Do you like your favorite hobby of DIY Paint by Numbers? — Save to 25% on all paintings or more! 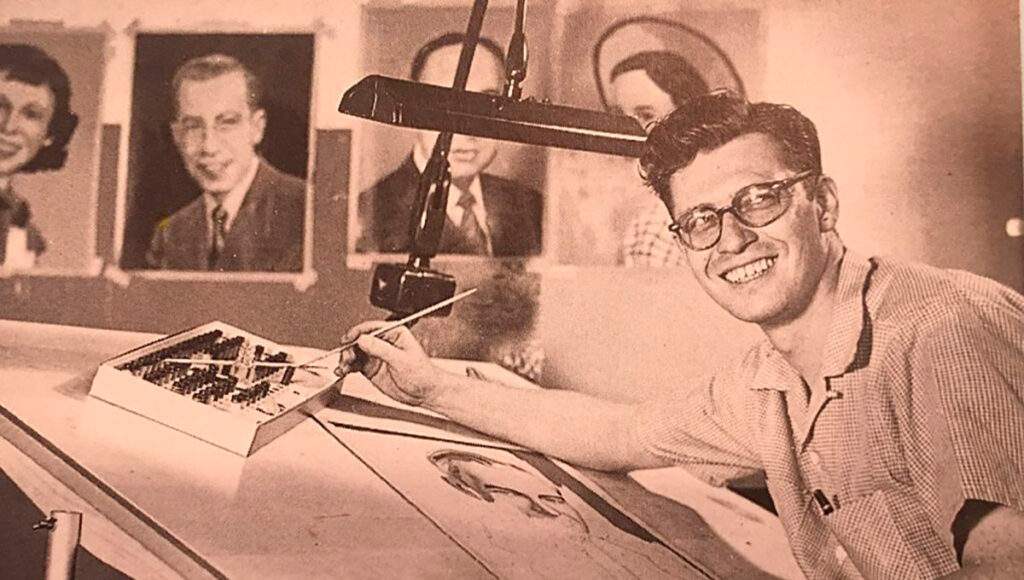 History of Painting by Numbers or an Example of Incredible Marketing

March of 1951, the USA. It was the period of the post-war boom and industrial development.

People were gradually attaining confidence and tranquility. Customers of all ages came to Macy’s store in the central square of New-York. The holidays were over and there was no reason to have a queue at the store. People were attracted by demonstration of a new creative activity.

People amazed at the new extraordinary invention started buying the paintings massively. The word about painting by numbers spread across the streets, cities and then throughout America and retail orders started coming from all over the country.

However, Macy’s offer was not that simple.

Let us go back to a year before. Dan Robbins, an employee at Palmer Paint Co. in Detroit learned that Leonardo da Vinci had taught painting basics to his apprentices using numbered patterns on canvas and had an idea that the concept could become very popular. This is how the new product appeared to make beginning artists of all ages happy.

However, Dan could not get shopkeepers interested in selling paintings by numbers. S.S. Kerge, a store owner, was the first one to agree: he took rather a big lot of two paintings for sale. But there was a thing that bungled the job. A mistake was made during packaging and paint colors for the pictures were confused. People coloring The Bullfighter were surprised at the toreador wearing a blue cape and fighting a green bull, and so were those having a brown “fisher”. The owners returned the goods at once and canceled all the orders.

Dan was frustrated but unexpected aid came from Max Klein, the owner of Palmer Paint Co. First of all, he asked Macy’s toy store to showcase their painting kits and promised that any unsold goods could be returned free of charge. Then, Klein bribed two representatives. In his memoirs entitled “Whatever Happened to Paint-By-Numbers” written in 1998, Robbins recalls:

Max gave each of the reps $250, telling them to hand it out to friends, relatives, neighbors, anyone that would be willing to go to Macy’s and buy one of our Craft Master sets for $2.50.” Those $500 were enough to buy all the products in the store.

Of course, the trick worked and “customers” flowed in. But Klein and Robbins forgot one little thing: they did not keep track of whom they had given their money to. They actually had no idea how many kits were sold for their own money and how many went to ordinary customers who got in a real bind. Nevertheless, the news about the sale spread among customers at the fair and orders skyrocketed. Fake sales led to real ones and painting by numbers turned into a full-scale boom.

By 1954, Palmer Paint had sold 20 million paint by numbers kits, they had 1200 employees and dozens of competitors. But their main achievement was initiating a new creative hobby for common people.

Spread the love
Posted in:
Blog of Painting by Numbers

Some musings on art of painting by numbers, also interesting facts, news from the world of paint on canvas, valuable tips and more.

Our Buyer Protection covers your purchase from click to delivery

We ship our items to USA, Canada, Australia, NZ, UK, Europe and more than 30 countries